Recent technological advancements in the fields of artificial intelligence, machine learning and other sensors like RADAR, LIDAR, GPS and computer vision, have allowed manufacturers to increase the capabilities of autonomous driving in cars. While there are different levels of range, the main players are working towards more advanced in-car control systems that can interpret sensory inputs to detect signs or avoid collisions.

Currently, most self-driving cars on the market are in Levels 2 and 3, which have advanced driver assistance systems, such as collision detection, lane departure warning and adaptive cruise control. While Level 4 and Level 5 (SAE-wide) self-driving cars are unlikely to be widely accepted, by 2030 there is expected to be rapid growth for level 2 and level 3 self-driving cars by then. Fully autonomous cars will not reach a large customer base unless they are completely immune to cyber attacks. If such concerns are resolved, the self-driving car market is expected to experience positive growth in the coming years.

Major automakers, tech giants and specialist start-ups have invested more than $ 50 billion over the past five years to develop autonomous vehicle (AV) technology, with 70% of the money coming from the outside the automotive industry. As the government understands that autonomous vehicles have great potential and offer economic and social benefits, they are likely to continue to support the relevant market.

One of the main strengths of LiDAR is the number of areas that have potential for improvement. These include solid-state sensors, which could increase its cost tenfold, increases in sensor range up to 200m, and 4-dimensional LiDAR, which detects the speed of an object as well as its position within. 3d space. However, despite these exciting advances, LiDAR is still hampered by one key factor; its significant cost.

In accordance with the international standards for automated driving of the Society of Automotive Engineers (SAE), cars with level 1 to 3 automation functions have been considered in the semi-autonomous vehicle market segment. Level 1 automation is a feature common to most current car models from major automakers, such as Audi, BMW, and Mercedes-Benz. Level 2 includes models, such as Volvo Pilot Assist, Mercedes-Benz Drive Pilot, Tesla Autopilot and Cadillac Super Cruise, were provided with level 2 automation functions. Level 3 automation is called conditional automation. In level 3 automation, the self-driving car driving system performs all dynamic driving tasks while waiting for the human driver to respond appropriately to a request for intervention. The dynamic driving task includes steering, braking, accelerating, changing lanes and monitoring the vehicle, as well as responding to events occurring on the road.

Even during the pandemic, self-driving cars saw an increase in sales, as in 2020, around 11.2 million cars were sold with Level 2 features, a 78% increase from 2019. To respond to demand, automakers around the world are introducing new models of Level 2 autonomous vehicles. For example,

North America will dominate the market

North America is expected to dominate the market during the forecast period. Due to factors like strong and established auto business clusters and also being home to the world’s biggest tech companies like Google, Microsoft, Apple, etc., the region has been a pioneer in autonomous vehicles. In the United States in particular, self-driving cars have already been tested and used in California, Texas, Arizona, Washington, Michigan, and other states in the United States. However, their mobility is currently limited to specific test areas and driving conditions.

Various tech companies across the country are reaching new milestones in terms of total kilometers tested. For example, Cruise LLC ended 2020 by doubling its figure for the distance its cars can travel before a safety driver has to take over. The company reported 27 disengages during the 770,000 mile trials in California. In testing in 2020, the human driver had to take over every 28,520 miles compared to 12,221 miles last year.

Likewise, Apple Inc. completed road tests of its self-driving cars in 2020, which drove more than double the kilometers driven compared to 2019, attributed to its improved self-driving technology. The company’s cars traveled 18,805 miles in 2020, up from 7,544 miles in 2019, according to a report from the California Department of Motor Vehicles.

Besides various local businesses, the country is experiencing the entry of businesses from other countries. For example, in February 2021, Vietnamese automaker Vinfast announced that it had obtained a license to test self-driving vehicles on public streets in California. The company was applying for this permit to market its electric vehicles on the American market.

After North America, Asia-Pacific is also expected to experience positive growth during the forecast period owing to factors such as China being the world’s largest automotive market, the manufacturing capabilities of countries like the Japan, South Korea and emerging economies like India.

Many automakers are partnering with local ridesharing companies to deploy their vehicles in the fleet of self-driving taxis. For example, in April 2021, Volvo Cars and DiDi Autonomous Driving signed a strategic collaboration agreement on autonomous vehicles for DiDi’s autonomous driving test fleet. Volvo Cars will supply DiDi with XC90 cars equipped with the necessary back-up systems for functions such as steering and braking; and with this automaker will work with DiDi Autonomous Driving to integrate additional software and hardware required for autonomous driving.

Competitive landscape
Many players, from computer hardware companies to automotive industry software companies, have started to focus on the growing trend of autonomous driving technology. Thus, partnerships, collaborations and investments in the development of autonomous vehicles have increased significantly in the automotive industry over the past three years (i.e. 2018-2020). They are expected to continue to grow over the forecast period, mainly due to growing support from governments and the private sector in several countries to promote self-driving vehicle technology.

In January 2021, Automotive Grade Linux announced that it had included Aicas, AVL, and Citos as new Bronze members. AGL is an open source Linux Foundation project that brings together automakers, suppliers, and technology companies to accelerate the development of all vehicle-related technologies, including autonomous driving.

Reasons to buy this report:
– The market estimate sheet (ME) in Excel format
– 3 months of analyst support
Read the full report: https://www.reportlinker.com/p06101202/?utm_source=GNW 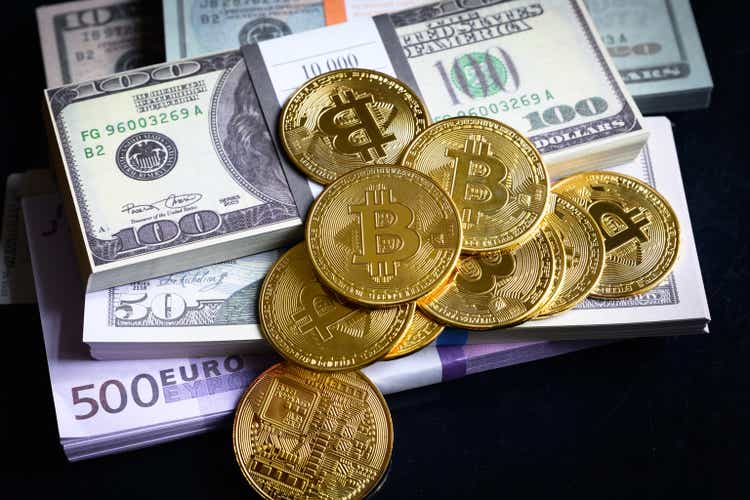